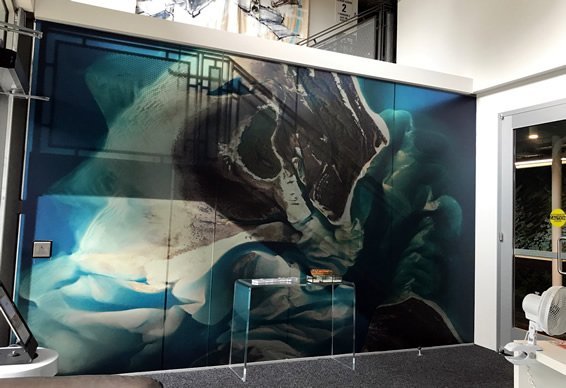 Looking for frosted window films or privacy window films for your office that do the job while looking stylish? If so, this San Francisco Bay area sign shop has got you covered!

For this particular project for Planet Labs in Mountain View, we did a full printed frosted film in 4 panels covering an entire glass wall that separates their lobby / reception area from the rest or their office. The image chosen was a full color photo taken by one of their satellites – how cool is that?

The result is this amazingly colorful translucent print that still lets light through while delivering the privacy they were looking for – no more “fishbowl” feeling. This custom window film has received so many compliments it almost deserves its “star of the space” award.